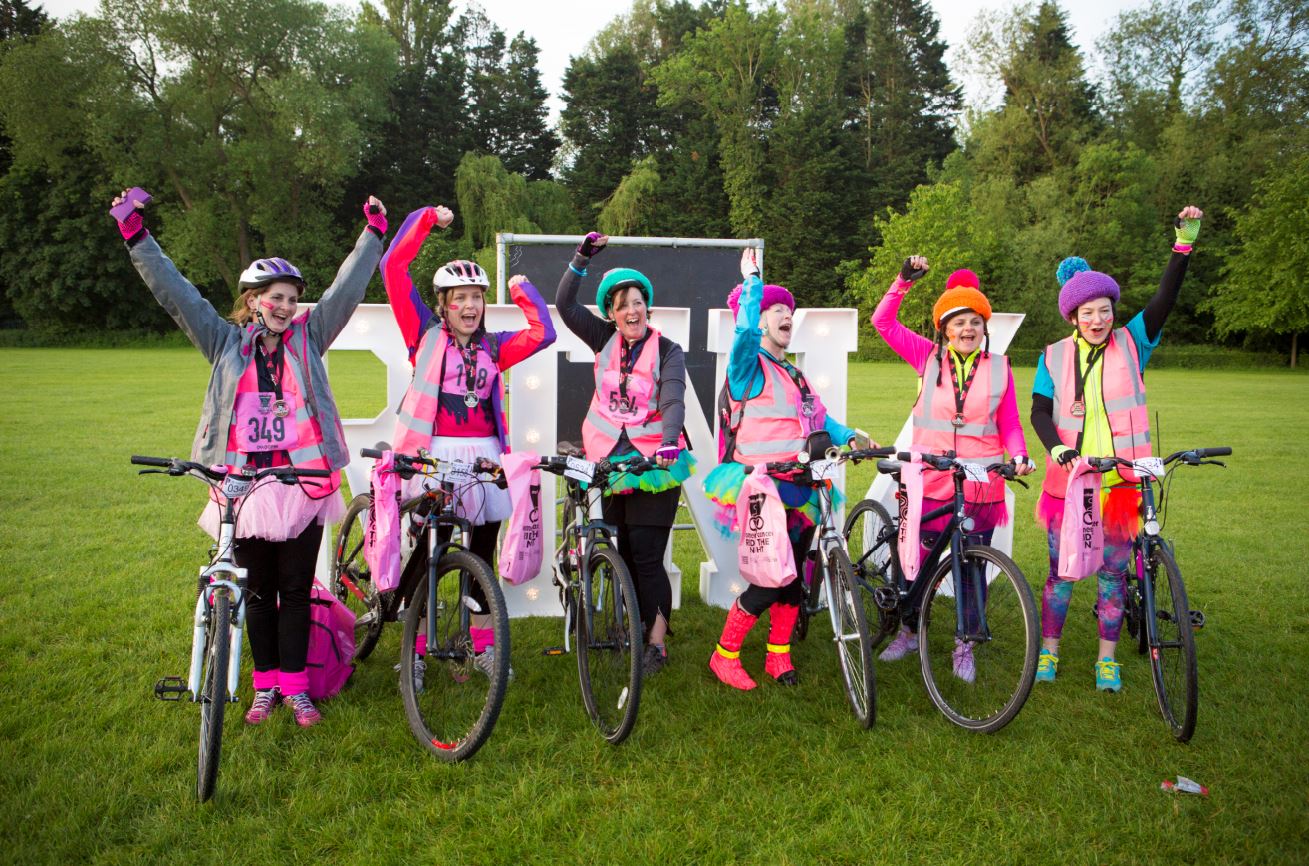 Not content with being the biggest female cycling event in the UK in 2016, Women V Cancer Ride the Night is set to be even bigger and better in 2017!

A staggering 4,500 women are signed up for the event which is set to take place on the night of Saturday 27th May 2017. The entries for the fourth annual charity cycle have sold at an astonishing rate, with the event selling out four months ahead of schedule.

Since Ride the Night was established in 2014, the success has grown year on year with more inspirational women raising money Breast Cancer Care, Jo’s Cervical Cancer Trust and Ovarian Cancer Action. Over the years the event has also seen a growing interest from celebrities and TV personalities. BBC news presenter Naga Munchetty, Channel 4 Countdown’s leading ladies Rachel Riley and Susie Dent and ITV This Morning’s Crime File presenter Sue Hill have all taken part – with Sue Hill recently being made an official patron of the charity.

Ride the Night sees women from all walks of life come together to take to two wheels, united by their shared goal: putting the brakes on cancer. Many of the women who take part have battled cancer at least once themselves, and others have lost loved ones to the disease. Out of the suffering comes the overwhelming positive atmosphere of the event, which is a true celebration of life.

“We are absolutely blown away by the reception of Women V Cancer Ride the Night this year. It was a fantastic achievement to become the biggest female cycling event in the UK last year as we celebrated the most successful year yet. Selling out four of months ahead of last year, with over a thousand more women signed up is incredible.

“The 2016 event raised a phenomenal £1.2 million, making over £3 million to date. This year we are hoping to go even better and raise £2 million for our three fabulous charities; Breast Cancer Care, Jo’s Cervical Cancer Trust and Ovarian Cancer Action.

“All of the women who take part in Ride the Night have their own unique story and connection to the cause, and that’s what makes the event so special. On the night thousands of women are in one place sharing their stories and making new friends as together they bring us one step closer to ending cancer once and for all!”

Due to such popular demand, entries for Ride the Night 2017 are now closed, but donations are welcome at www.justgiving.com/RTN17. You can also donate by texting ‘RTN66 £3’ to 70070 to donate £1 to each event charity.

Entries for the 2018 event will be announced soon. For more information on the event please visit: ridethenight.co.uk