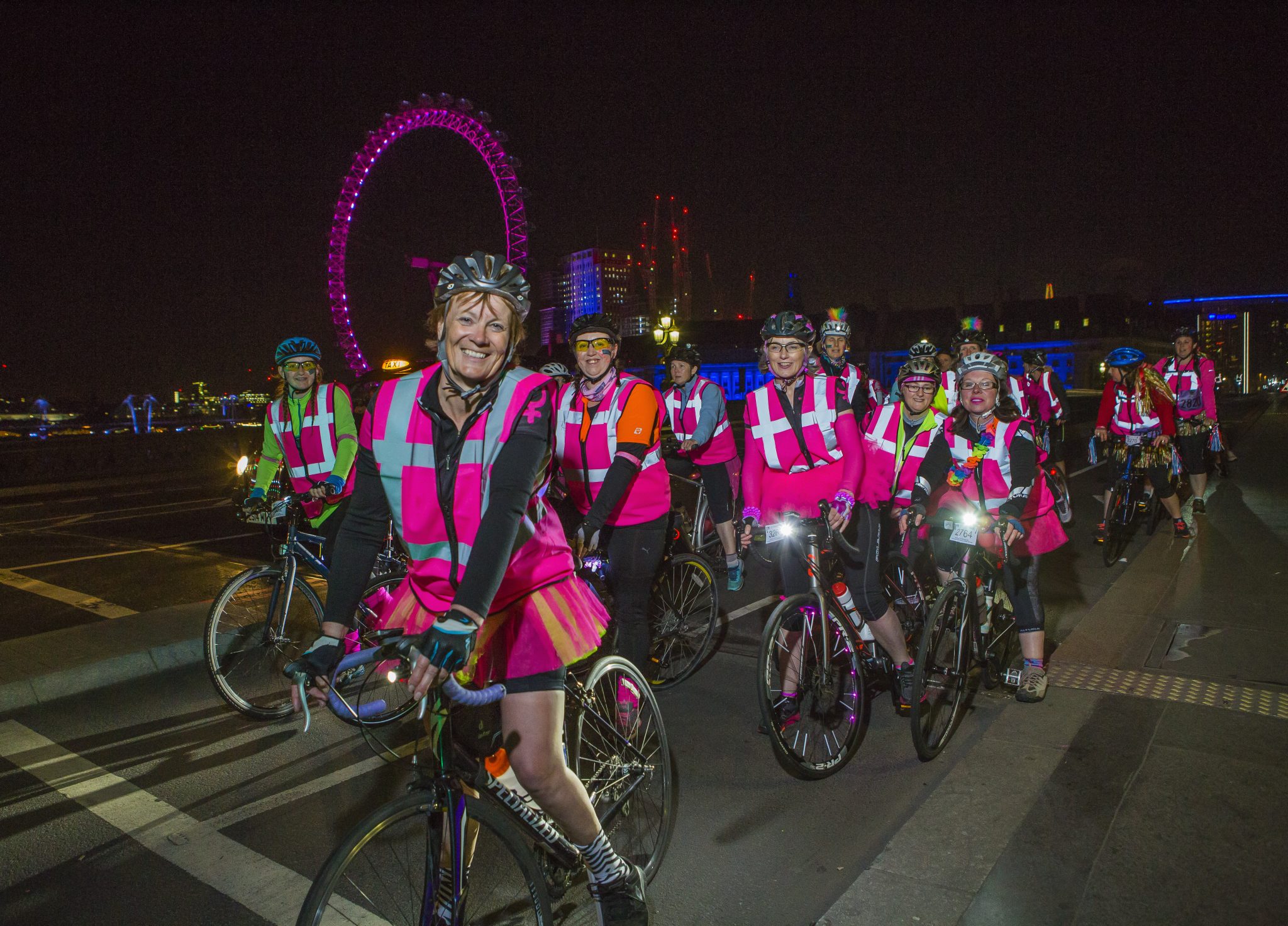 Over three-thousand women from all walks of life arrived at Windsor racecourse united in the common aim of putting the brakes on cancer once and for all.

Raising money for Jo’s Cervical Cancer Trust, Breast Cancer Care and Ovarian Cancer Action, the ride has donated over £3million since its first event in 2014.

Ann Frampton, Action for Charity event organiser, said: “All of the women here have had their lives affected by cancer in some way, there are so many incredible stories to help make the night so special.

“To have women from all walks of life come together is marvellous, it truly is an inspirational event.”

Ride the Night celebrity ambassadors Rachel Riley and Sue Hill returned for their second year in a row, with the Countdown star donning her brightly coloured bra as she led the way on the first wave.

Sky Sports star Rachel, said: “Tonight has been amazing, the camaraderie, the atmosphere – it really is something special.

“I’ve come back for my second year and there is no reason why I wouldn’t come again.

“When I first heard of Ride the Night the furthest I’d ever cycled was 50km and that felt so unachievable so 100km felt like such a challenge.

“But it is possible, and I’d encourage all women thinking of taking part to get signed up for next year.”

Participants left Windsor Racecourse at 9pm and rode through the night until the small hours, with emotions running high as they crossed the line.

This year saw a record-breaking number of participants take on the challenge, and it was recently announced that next year’s Ride the Night will feature not one but two events.

For more information, head to ridethenight.co.uk.