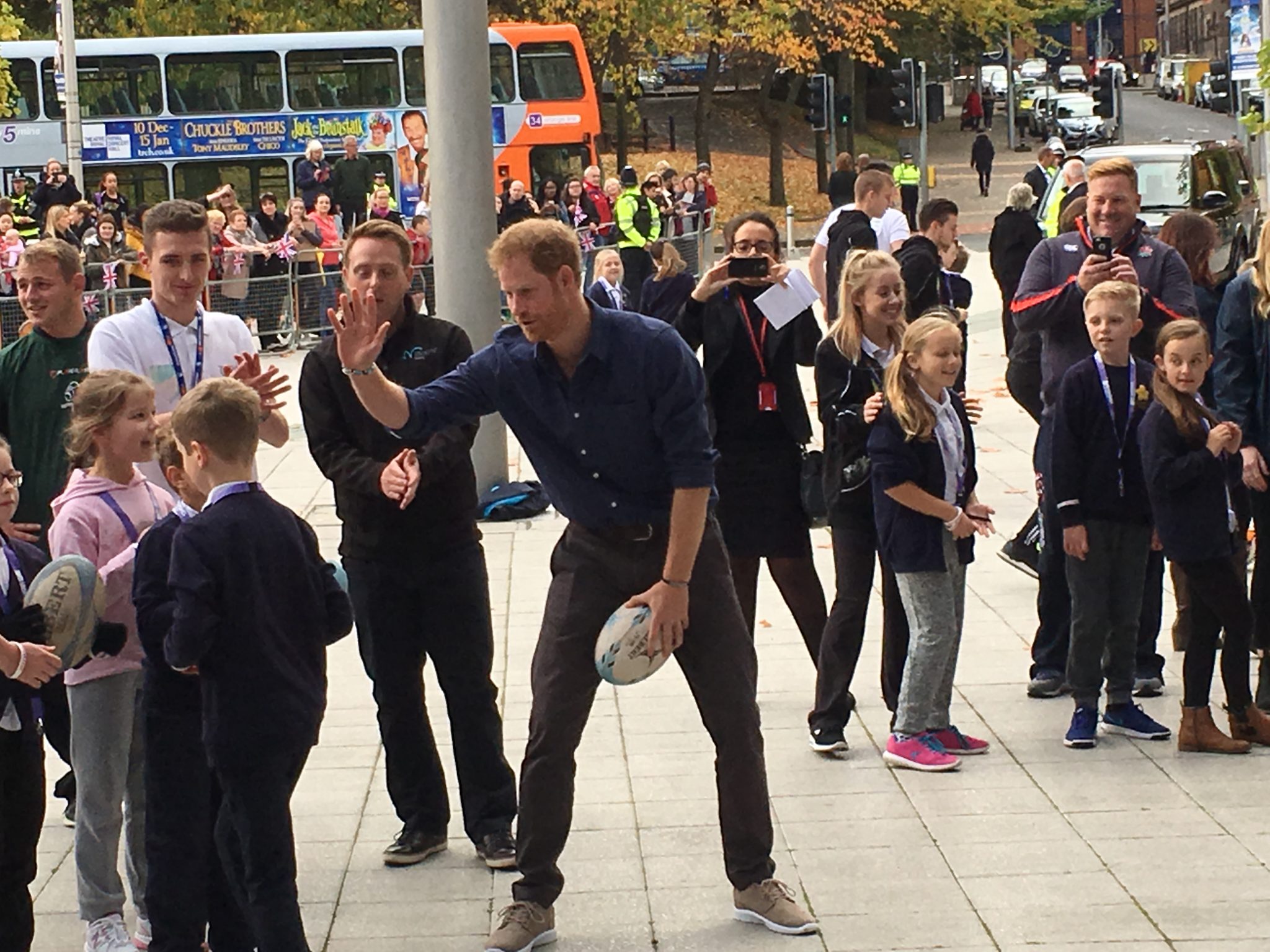 Nottingham’s National Ice Centre hosted royalty as part of the Royal Foundation’s Coach Core initiative yesterday, and we went along for the afternoon.

A crowd in its hundreds had gathered in anticipation of catching a glimpse of the Prince who was greeted with cheers and Union Jack flags upon arrival. He spent some time talking to children in the crowd, and then took part in some of the activities being held in Bolero Square. His skills were tested by Nottingham Rugby Club before heading inside to meet coaches of various ice disciplines being trained under the Coach Core initiative.

The visit, Harry’s fifth in three years, was part of a wider tour of Nottingham that started at Nottingham Police Station and ended in St. Ann’s.