One Thousand ‘Run in the Dark’ for a paralysis cure

One Thousand ‘Run in the Dark’ for a paralysis cure 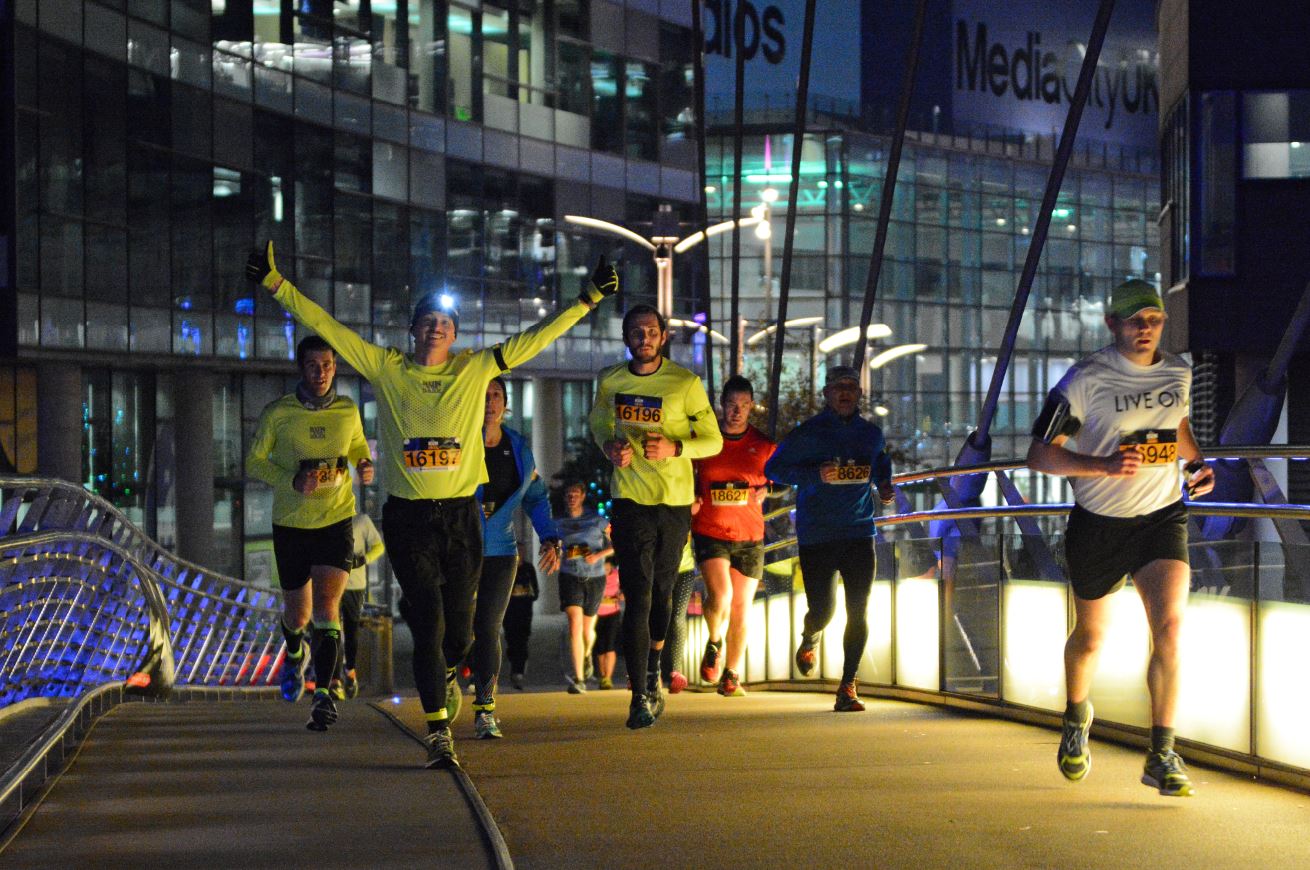 As darkness fell earlier last night, the people of Manchester came together to light up the night at the global running phenomenon Run in the Dark. Over one thousand/hundreds of runners took to the Media City UK Piazza, decked out in high vis, flashing lights and even some fancy dress to set off on 5 and 10k distances.

It is the fourth year in a row that the city has hosted the event, joining London and Belfast as one of the 3 official locations in the UK. This year the event had a record number of participants. At the same time, over 25,000 people donned their trainers and ran like lava through the streets in over 50 cities worldwide.

One of the participants in Manchester on the night was Amy Hughes of Wilmslow, who holds the world record for the distance travelled on a treadmill in a week. Amy said;

“It was a really fun run! The route was great and the atmosphere was fantastic. I’ve never done a night time run before but this was really well organised and overall a great run!”

The fastest 5k time of 19:23 on the night was set by Scott McPhail from Didsbury and the fastest 10k time of 35:12 came from Jacob Watson from Burnley.

Many took part in the event to get their personal best time, and some to enjoy their city in a new light. The one thing in common for all the runners is that their participation helps to raise funds for The Mark Pollock Trust, whose mission is to find and connect people around the world to help fast-track a cure for paralysis.

Mark Pollock, the man behind the trust said;

“We would like to thank every single person who came and got involved with Run in the Dark in Manchester. We are delighted that this year has seen a record number of people taking part as it helps us expand our work to find and connect people worldwide to fast-track a cure for paralysis at the Mark Pollock Trust. Thank you to everyone involved and we hope to see you again next year!”

Images from Run in the Dark Manchester 2016 will be added online in due course at runinthedark.org