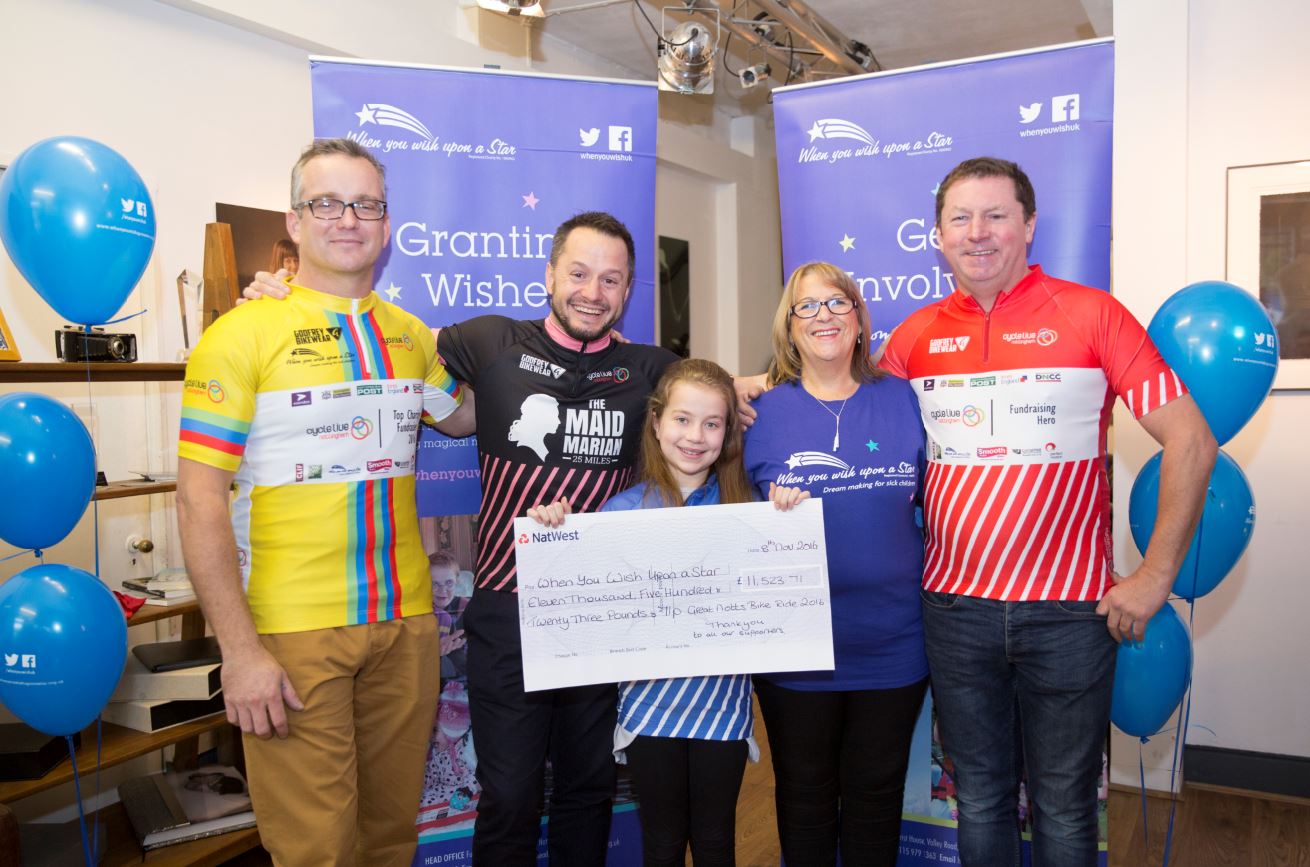 On Tuesday November 8th 2016, the organisers of Cycle Live Nottingham came together with When You Wish Upon a Star to announce the top fundraisers for the charity at this year’s event.

Following a speech from Perfect Motion director Chris Simon, the top three fundraisers were announced by Maggie Falconer, regional fundraising manager of When You Wish Upon a Star.

Alain Mengoli took the yellow jersey, having raised £912 for the charity. 2015’s top fundraiser Sean Barrett was 2016’s second place Fundraising Hero, raising £656. The top three was rounded off by 10 year old Amelia York, who having raised £516.46 was 2016’s Fundraising Superstar. All three fundraisers received a jersey from Godfrey Bikewear, and a portrait shoot from presentation hosts Photo Nottingham.

A winner was also drawn for the Charity Challenge. Participants who fundraised £250 or above for When You Wish Upon a Star were entered into a prize draw, which was won by 12 year old James Sherlock from the North West.

£11,523 has been raised by participants of the annual cycling event, all of which will help fund When You Wish Upon a Star’s annual trip to take children living with life threatening illnesses to meet Father Christmas in Lapland.

“We want to extend our congratulations and thanks to Alain, Sean, Amelia and everyone who fundraised at this year’s Cycle Live Nottingham. To see participants of our event pulling together to make a real difference in the area is absolutely fantastic.

“We are looking forward to working closely with When You Wish Upon a Star for the next year in order to try and send as many children to Lapland as possible!”

Entries for Cycle Live Nottingham 2017 are open with the Great Notts Bike Ride. For more information and to register your place please visit www.cyclelivenottingham.co.uk.